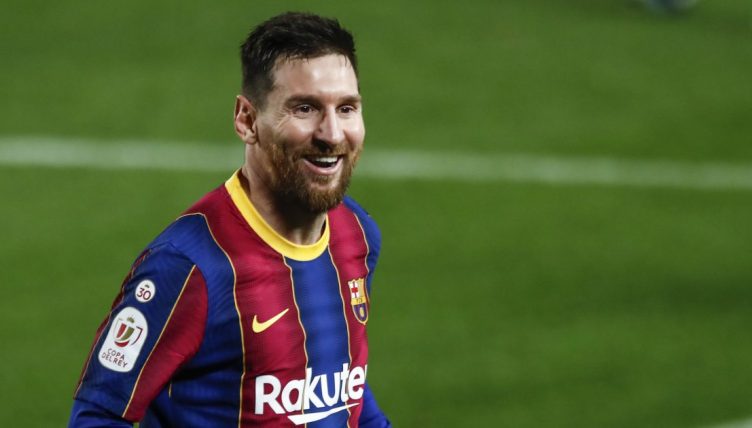 While Lionel Messi’s future at Barcelona remains uncertain, he showed just how much the club means to him during their 3-0 win over Sevilla.

After losing 2-0 to Sevilla in the first leg of their Copa del Rey semi-final, Barcelona pulled a goal back through Ousmane Dembele’s brilliant long-range effort.

The visitors were then awarded a penalty in the 73rd-minute but Marc-Andre ter Stegen saved Lucas Ocampos’ spot-kick to keep Barcelona in the tie.

Gerard Pique’s stoppage-time header took the game to extra-time, sparking wild scenes of celebration from Ronald Koeman on the touchline.

Messi, who was on the other side of the box, also couldn’t contain his joy at Pique’s goal, jumping up and down while punching the air several times.

Substitute Martin Braithwaite headed home in the 95th minute to complete the incredible comeback. Barcelona will now face either Athletic Bilbao or Levante in the final, where Messi will be hoping to win his seventh Copa del Rey title.

It's been a while since the last time Messi was genuinely this excited!

We all love to see it😍pic.twitter.com/YyebHnEUlO

When Messi is happy, football is happy 🐐 pic.twitter.com/p6wbbUSqff