Watch: Lionel Messi falls over when through on goal against Brazil 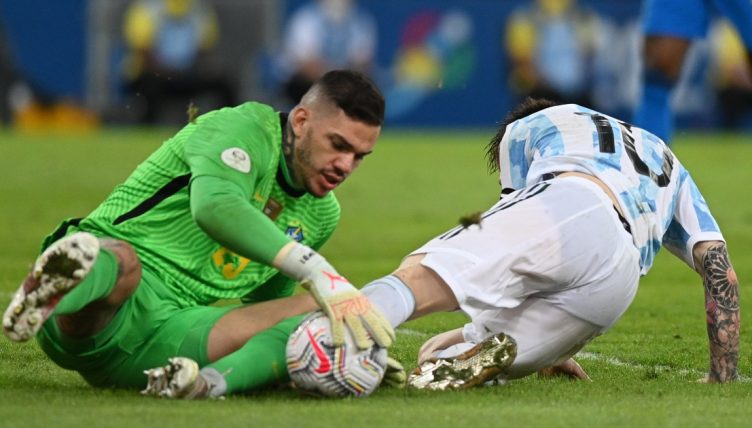 Lionel Messi finally won an international trophy after Argentina beat Brazil 1-0 in Saturday’s Copa America final – but he failed to score after falling over when through on goal.

Messi hadn’t had the best luck in finals before the Maracana showpiece. The legendary forward had finished runner-up in one World Cup and three previous Copa America’s.

But this was his night. Despite not being favoured by most observers, Argentina secured their first silverware since 1993 through a first-half goal by Angel Di Maria.

Messi was brilliant throughout and a constant menace to the Brazil defence – but he missed a golden opportunity to score in the game’s closing stages.

Brazil were camped in the Argentinian half, applying some serious pressure, when Argentina saw a chance to counter.

He found himself with only goalkeeper Ederson to beat only to lose his footing at the crucial moment.

Despite this mishap, something tells us Messi won’t be ruminating about it now.