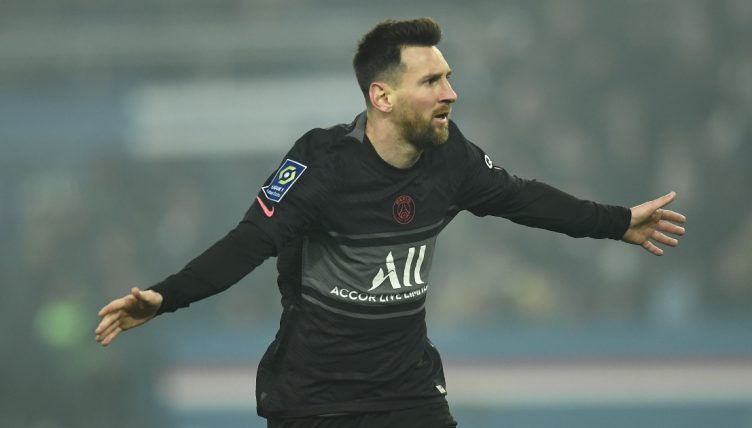 Having scored a record 474 goals in La Liga, Barcelona legend Lionel Messi has now opened his account in another league with his first goal in Ligue 1 for PSG.

In many years in his previous club, Messi was already up to double figures for league goals by this point in the season, but he’s had to bide his time in Paris.

Injuries have limited his game time, while there’s also a sense that Mauricio Pochettino is quite yet to find an attacking system that works with the riches at his disposal.

Messi has scored three goals for the club, all in the Champions League, with a classic goal against Manchester City before a brace against RB Leipzig. But this was his first in the French top flight.

The Argentinian had just returned from international duty and went straight into the starting XI against Nantes, lining up in a front three with Kylian Mbappe and Neymar.

It was a tough afternoon’s work for the league leaders, who were reduced to 10 men after Keylor Navas was shown a straight red card. It was 1-1 until the final 10 minutes, when PSG regained their lead via a Dennis Appiah own goal.

Messi capped off the result with a well-taken strike on the break in the 87th minute, producing a hell of a roar in the Parc des Princes.

At the 21st attempt, the Argentine opens his account for PSG in France's top flight.

Vintage strike from the 34-year-old! 💥 pic.twitter.com/bwWdNFJRQ8

SCENES IN PARIS, LISTEN TO THE ROAR AFTER MESSI’S GOAL 😍🦁🔥🔥🔥🔥 https://t.co/fSx5BVLliE