Watch: Lionel Messi gets brilliant hat-trick of assists for PSG 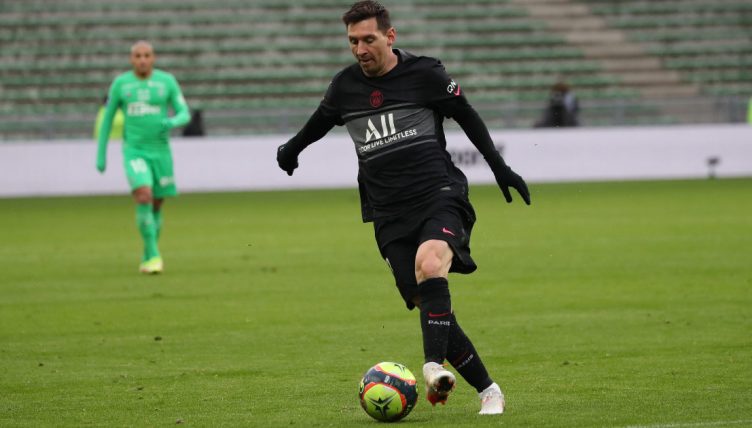 Lionel Messi has started to find his feet at Paris-Saint Germain after a relatively slow start, and he showed exactly why he is an all-time great during their 3-1 win over Saint-Etienne.

Saint-Etienne, who were 19th in Ligue 1 heading into this game, took a surprise lead early on through Denis Bouanga but Timothee Kolodziejczak was sent off on the stroke of half-time.

The hosts were then unable to hold onto their lead as Messi inspired the comeback, assisting all three of his team’s goals.

Marquinhos got the equaliser in the second minute of first-half injury-time, heading in from a Messi free-kick. The 34-year-old then produced a moment of magic to set up Angel Di Maria, who cooly fired the ball past the goalkeeper in the 79th minute.

Messi then helped seal the victory in injury time, floating in a cross which Marquinhos nodded in for his second and PSG’s third. Mauricio Pochettino’s side are now 12 points clear at the top of Ligue 1 after 15 games.

Marquinhos heads PSG level on the stroke of half-time, just minutes after St-Etienne went down to 10-men 💥

Messi with the assist 🤝 pic.twitter.com/1ipVaUIBGf

A hat-trick of assists for Lionel Messi! 🤩

He sets up Marquinhos once again and PSG seal the win to go 14 points clear at the top of Ligue 1 👏 pic.twitter.com/GSOK6xUIr9

How Lionel Messi has performed under different 10 club managers