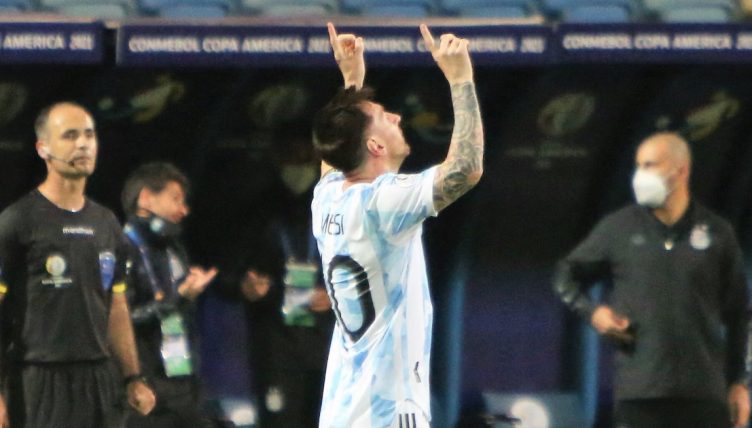 Lionel Messi is producing some of the best form of his international career in Argentina’s Copa America campaign this summer. The last thing they need is one of their own coaches clobbering their star man.

Having played a starring role in Argentina’s 3-0 quarter-final victory over Ecuador, with two assists capping off his man-of-the-match performance with a superb free-kick in injury-time, Messi was understandably embraced by one of the coaches after the post-match whistle.

He went in for the hug a little too enthusiastically, catching Messi square in the mush. The 34-year-old looked a little hurt and perturbed for a second before the coach rubbed his face as a goodwill gesture.

It’s quite a strangely heartwarming and tender moment, all told, with the smile returning to Messi’s face as he heads back inside. After the disastrous 2018 World Cup, it looks like the Argentina dressing room is a happy and harmonious place once again.

Messi has four goals and four assists in five appearances so far in the Copa America. Colombia await Argentina in the semi-final and will have to be at their very best to stop him.