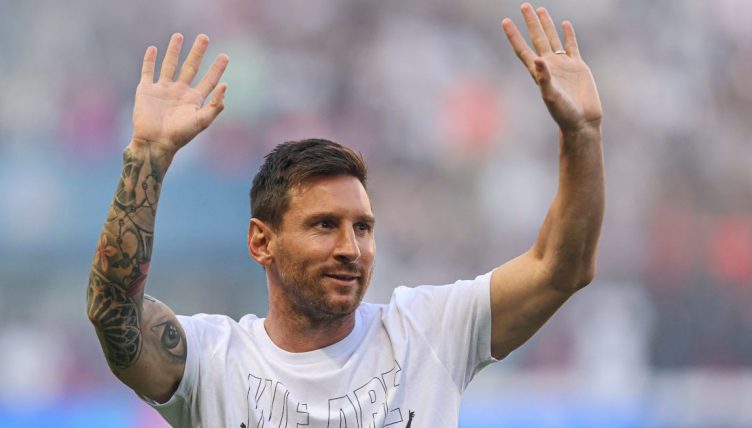 Lionel Messi was given a huge ovation by the Paris Saint-Germain supporters after being unveiled at the Parc des Princes.

Messi recently bid an emotional farewell to Barcelona after 21 years with the Spanish club and has since joined PSG on a free transfer.

Ahead of the Ligue 1 clash with Strasbourg, he was presented to the home fans along with fellow summer signings Achraf Hakimi, Georginio Wijnaldum, Gianluigi Donnarumma and Sergio Ramos.

“It has been a very special week for me,” Messi said. “I want to thank everyone for the reception since I arrived in Paris. It has been truly incredible. I feel very happy and excited.

“I hope together we can enjoy this year and make it a great year for us. I am very excited about everything.”

The Argentina international wasn’t named in their matchday squad but watched on Mauro Icardi, Kylian Mbappe, Julian Draxler and Pablo Sarabia scored in a 4-2 win.

Lionel Messi is presented to the PSG fans 🔥

The absolute scenes when Lionel Messi was presented as a PSG player at the Parc des Princes 🤩 pic.twitter.com/3MhKLWwdMR

MESSI PRESENTED TO THE FANS 🔥 pic.twitter.com/q5MS5aNxgt