Watch: Messi gets superb pre-assist for Argentina after ridiculous dribble 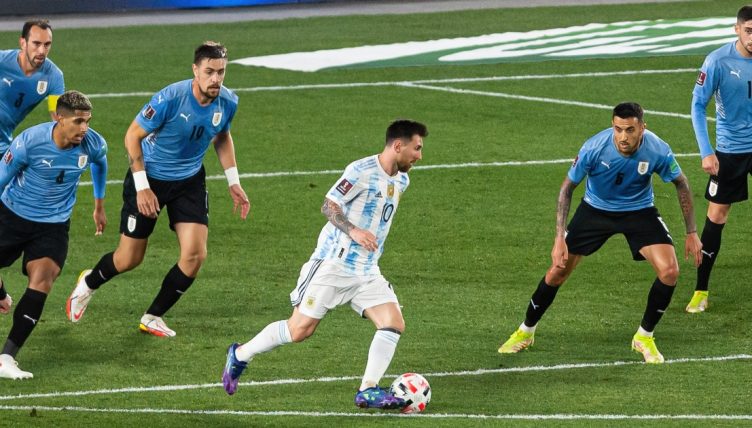 If you’ve never watched football before and you’re looking for evidence of one of the greatest players of all time, you only need to look at how opposition defenders approach facing Lionel Messi.

This was certainly the case in Argentina’s 3-0 victory over Uruguay, which takes them a big step forward to playing at Qatar 2022 – due to be Messi’s fifth (and surely final) World Cup.

There was a touch of fortune in Messi’s opening goal, his eightieth for Argentina, as his looped through ball managed to bounce through into the back of the net. But his role in Argentina’s third goal was nothing but pure class.

The stats won’t mark this one as a goal or assist, but it was magical moment from the PSG forward.

Just after the hour mark, Messi received the ball just inside the 18-yard box and was instantly crowded out by a throng of Uruguayan bodies.

With no way through, he did brilliantly in terms of close control to wriggle away, turning backwards and back out into space, before demonstrating his eye for a pass to pick out Rodrigo De Paul bursting forward.

With all their attention on Messi, seven Uruguayans had vacated space, which allowed Inter striker Lautaro Martinez to get on the end of De Paul’s cross. But this goal was all about Messi.

Look at Lionel Messi, how he managed to take out the ball from that crowded space and pass it.

Ultimately resulted in Lautaro Martínez goal, the third one for Argentina against Uruguay. pic.twitter.com/l6psoiFEat