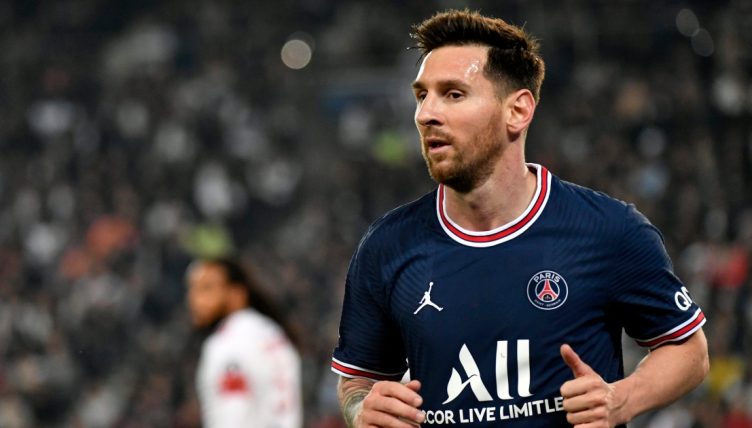 Lionel Messi was inches away from opening his Paris Saint-Germain goal-scoring account during their 2-1 win over Lyon.

The Argentina international recently made his debut for the club in their 2-0 win away at Stade Reims, replacing Neymar in the 66th minute.

He made his first start in their Champions League group stage game against Club Brugge but was unable to guide his new club to victory.

“It requires time for them to shine together,” Pochettino said after the game when asked about the Kylian Mbappe, Neymar and Messi front three. “It requires work. I had made it clear that we’re not a team yet, we have to work for this.”

The 34-year-old then made his home debut against Lyon at the Parc des Princes and nearly scored with a brilliant free-kick in the first half.

Lucas Paqueta gave the away side the lead in the 54th minute before Neymar equalised from the penalty spot. Messi was then replaced by Achraf Hakimi and watched from the bench as Mauro Icardi netted a late winner.

What it could have been… pic.twitter.com/OxBHPsCx4b