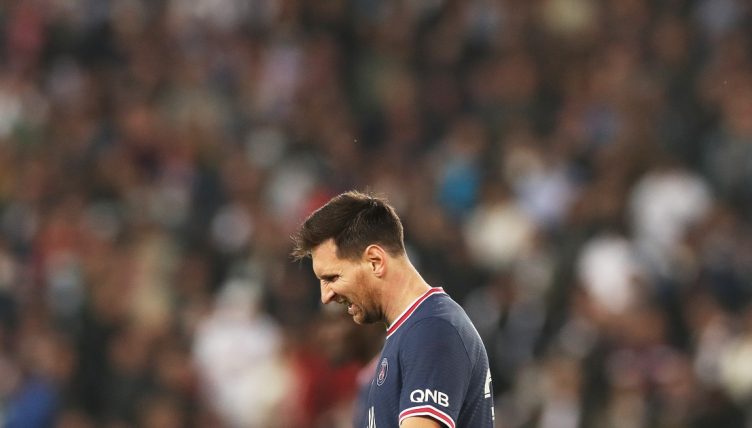 Lionel Messi made his home debut for PSG on Sunday evening – but wasn’t happy to be substituted during the 2-1 win over Lyon.

Messi left Barcelona this summer after spending his entire career in Spain and almost everybody expected him to hit the ground running for PSG.

But the legendary forward is yet to score for his new club and suffered the indignity of being taken off by manager Mauricio Pochettino as PSG strove for a winner.

Messi had earlier hit the crossbar with a free-kick and forced a save from Lyon goalkeeper Anthony Lopes, but was generally below his best.

Still, the 34-year-old did not look best pleased to be subbed off and briefly said something to Pochettino while walking past him to the bench.

The PSG supporters gave Messi a round of applause but not a standing ovation.

Messi getting Subbed OFF

(Look at the reaction of Paredes)pic.twitter.com/mApwV2ctbo