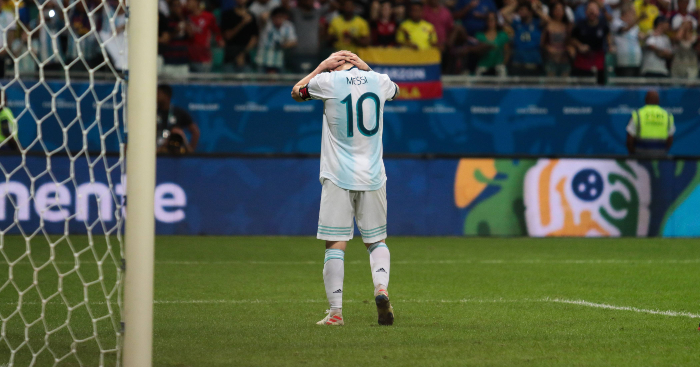 Lionel Messi proved he is human after all as Argentina lost 2-0 to Colombia in their Copa America opener.

Argentina have reached the final of the last two tournaments, losing to Chile on penalties on both occasions, but were stunned by two late goals against the run of play from Roger Martinez and Duvan Zapata.

Messi had Argentina’s best chance to open the scoring when David Ospina parried Nicolas Otamendi’s header into his path, but the Barcelona superstar failed to direct his own header on target.

The miss came only a week after Messi scored a typically superb solo goal for his country, but it’s comforting to know even the GOAT can make mistakes.