Watch: Lionel Messi plucks the ball out of the air with ridiculous first touch 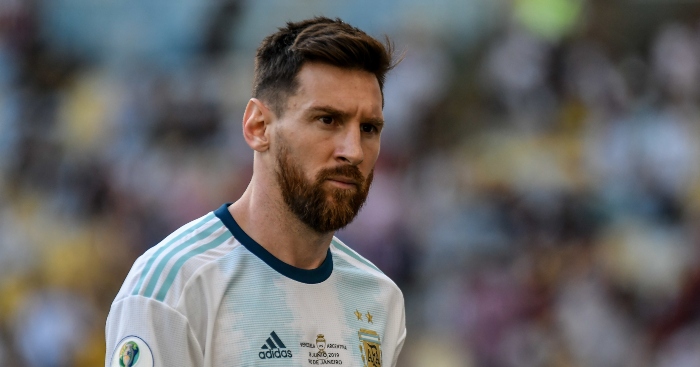 Despite already establishing himself as one of the greatest footballers of all time, Lionel Messi keeps finding new ways to surprise us.

Messi has now scored over 700 goals for Barcelona and Argentina, breaking incredible records and humiliating countless opposing defenders in the process.

The 33-year-old gave us another reminder of his genus after coming off the bench against Real Betis last week, setting up Antoine Griezmann’s goal with a brilliant dummy.

He is currently on international duty with Argentina and played the full 90 minutes of their World Cup qualifier against Paraguay.

Despite having a relatively quiet game by his high standards, the forward still produced a moment of magic that left fans completely stunned.

Messi defied gravity with an incredible leap before killing the ball dead with his foot in the air.