Watch: PSG’s Lionel Messi rages at Marco Verratti for not passing to him 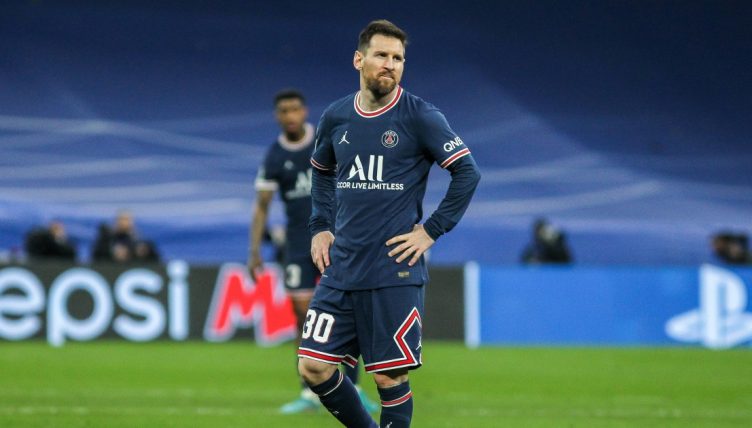 Lionel Messi appeared furious with Marco Verratti after his team-mate didn’t pass to him during Paris Saint-Germain’s Champions League defeat to Real Madrid.

Messi, who has won four Champions League titles, bid an emotional farewell to Barcelona last summer before joining PSG on a free transfer.

The Argentina international reunited with former Barcelona team-mate Neymar and also admitted that he was looking forward to playing alongside Verratti.

“Marco Verratti has shown that he is a huge player, one of the best in the world in his position,” Messi told reporters. “He is a phenomenon.

“He was wanted in Barcelona, but now it is the reverse and it is me coming to him in Paris. Not only Marco, but the dressing room is full of the best players in the world.”

But Messi has failed to live up to expectations during his debut season in Paris, scoring just two goals in 17 Ligue 1 appearances.

The 34-year-old did score five goals in the Champions League but missed a penalty in PSG’s last-16 first leg against Real Madrid.

Kylian Mbappe then stepped up and scored a late winner against Madrid in the first leg before netting the opener in the second leg at the Bernabeu, handing PSG a 2-0 aggregate lead.

The Italy international lofted the ball to the back post rather than rolling it into the path of an onrushing Messi, who couldn’t hide his frustrations after the move broke down.

During the second half, a 17-minute hat-trick from Karim Benzema turned the game around and sent Madrid into the Champions League quarter-finals.

🎥 Messi getting angry at Veratti, after not passing to him pic.twitter.com/jZzucou0Su

Messi used to score like 20 goals a season from this run alone, now he has to scream at Verratti for not playing the pass. pic.twitter.com/ffXM2Ycgym