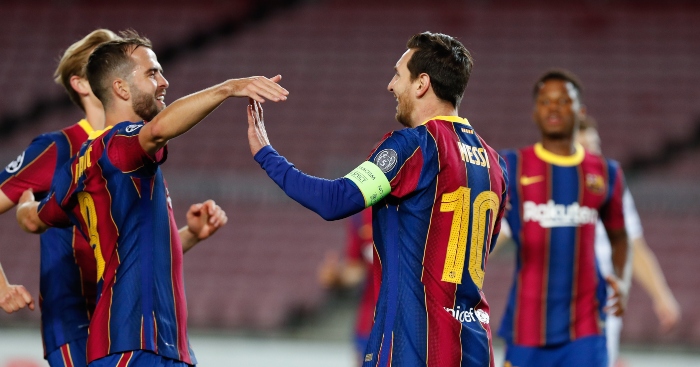 While Barcelona‘s Lionel Messi is regarded as one of the greatest footballers of all time, it’s fair to say that defending isn’t one of his strongest attributes.

Messi gave Barcelona the lead in their Champions League group stage game against Dynamo Kiev, winning and then converting a penalty after just five minutes.

Gerard Pique doubled their lead – which should have been much bigger had Antoine Griezmann somehow not missed an open goal – in the second half before Viktor Tsyhankov pulled a goal back for the Ukrainian side.

Barcelona were able to hold on for the win, although Messi’s pressing in the final minute of injury time leaves a lot to be desired.

To be quite honest with you, we can only admire Messi for how little f*cks he gives about defending. When you’re as good as him with the ball at your feet, you can do what you want, quite frankly.

Early Messi motivation for you😂 pic.twitter.com/2FJgvzDjqZ