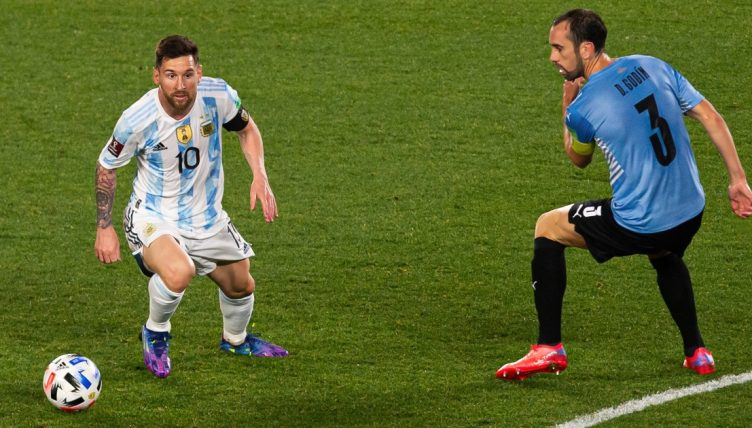 Lionel Messi has scored more international goals than any other South American player, but his latest – and eightieth – wasn’t exactly his prettiest.

The former Barcelona superstar has only scored one goal for PSG since completing a shock move in the summer, but he continues to deliver the goods for his country with seven goals in his last nine appearances for Argentina, including all three in a 3-0 victory over Bolivia last month.

Messi and his team-mates were left frustrated in a 0-0 draw against Paraguay last week, but it was much more like it against Uruguay on Sunday evening as they cruised to a 3-0 win.

The six-time Ballon d’Or winner – who has been nominated for a seventh – scored the opener and continued to cause Uruguay’s backline no shortage of issues with another lively individual display.

But there was a degree of fortune, and major questions to be asked of Uruguayan veteran goalkeeper Fernando Muslera, with his goal.

He was about 25 yards out when he sent a looping ball towards Atletico Madrid’s Rodrigo De Paul in the six-yard box, but it managed to evade everyone while taking a bounce and falling perfectly into the bottom corner.

Messi 7th Ballon d'Or is coming and no one can stop it. WHAT A GOALpic.twitter.com/8GyWZ1R4aj