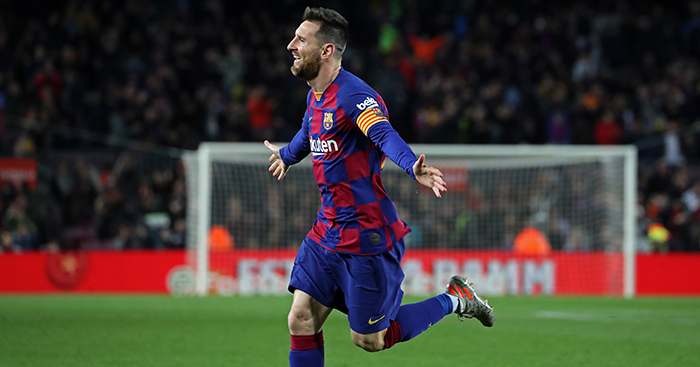 Messi put Barça ahead with a penalty in the 23rd minute at the Nou Camp before Lucas Olaza levelled things up with an excellent free-kick three minutes before half-time.

Unfortunately for Celta, that only served to inspire Messi, who scored his own free-kick just a few minutes later to restore the hosts’ advantage going into the interval.

And then, just three minutes after the restart, Messi stepped up to score yet another free-kick to make it three goals in 25 minutes and equal Cristiano Ronaldo’s record of 34 hat-tricks in La Liga.

It also once again underlined the Argentine as the absolute king of free-kicks, just 11 days after he had scored the 50th of his career in Barça’s win over Valladolid.

Watch his latest pieces of genius from the little magician below.