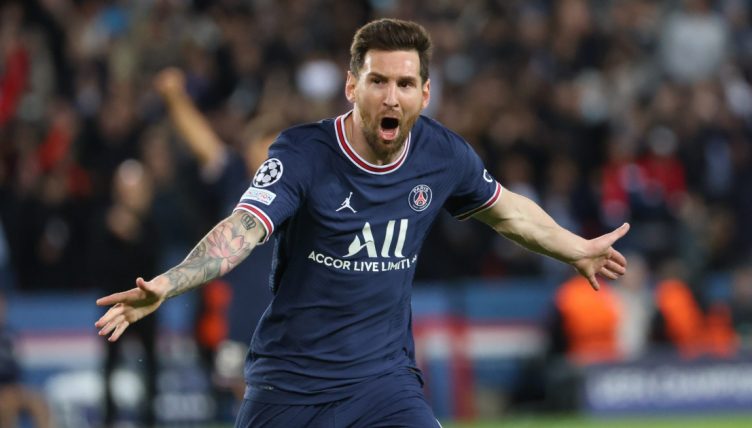 Lionel Messi opened his Paris Saint-Germain goalscoring account with a brilliant strike in their 2-0 win over Manchester City.

Messi left Barcelona at the end of last season and made his PSG debut against Stade Reims, coming off the bench in the 66th minute.

The Argentina international also failed to score in his next two appearances, hitting the woodwork in the 1-1 draw with Club Brugge and their 2-1 win over Lyon.

After missing PSG’s Ligue 1 games against FC Metz and Montpellier due to a knee injury, he returned to the starting Xl for their Champions League game against City.

The 34-year-old had a quiet first half at the Parc des Prince but Idrissa Gueye’s emphatic strike gave Mauricio Pochettino’s side an early lead.

Messi then doubled their lead in the 74th minute, combining with Kylian Mbappe before firing into the left corner of Ederson’s goal.

He has now scored 121 Champions League goals, including 27 goals in 35 games against English sides in the competition.

MESSI AND MBAPPE COMBINE FOR A BEAUTIFUL GOAL!

It was a matter of time before they clicked, and it was worth the wait 🔥#UCL pic.twitter.com/5scpcQw1ty