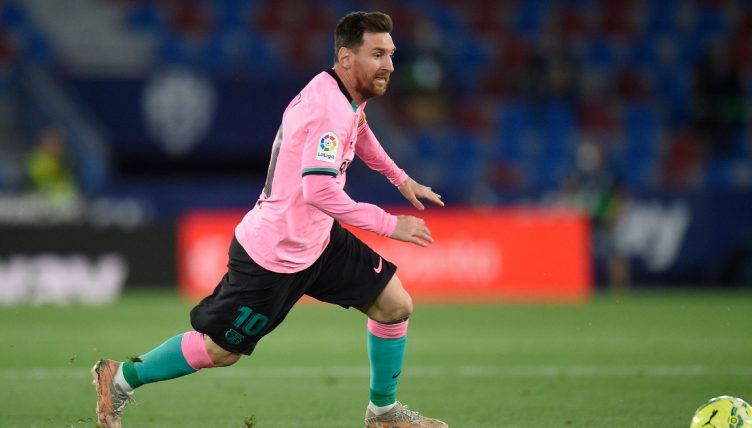 The title race in Spain is hotting up nicely with any of four teams still in with a shot of topping La Liga come the end of the season, and Lionel Messi is doing his best to ensure Barcelona claim the bragging rights.

Atletico Madrid are leading the way followed closely by Real with Sevilla lagging slightly behind, but a win for the Catalan giants against Levante on Tuesday night would take them to within a point of the top spot.

It did not take long for Messi to make his mark either. In a crunch match against Atletico on Saturday, he was denied a stunning goal by Jan Oblak’s fingertips. But there was no stopping this one.

After some typically patient build-up play from the visitors, a Jordi Alba cross was diverted into the path of the Argentinian who adjusted quickly to strike a volley into the bottom corner in the 24th minute.

It rolled teasingly past the dive of Aitor in the Levante goal and nestled in the back of the net. Typical Messi.

Lionel Messi volleys Barca into the lead against Levante! 🔥

A perfectly controlled finish from the legend and an important goal in the title race 🙌 pic.twitter.com/7OuFlTLujv