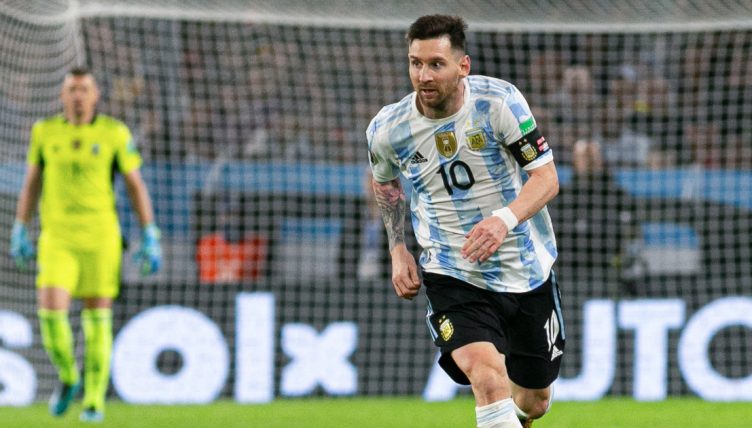 Argentina playing at La Bombonera, the home of Boca Juniors, is always special. Particularly when the constantly bouncing crowd are treated to a Lionel Messi masterclass in a World Cup qualifier.

The 34-year-old was magnificent in his countries’ 3-0 win over Venezuela, and finished off the routine victory with the third goal in the 82nd minute.

Linking up with substitute and PSG teammate Angel Di Maria, Messi started the move with a driving run from deep, before sending the ball out wide.

Di Maria put in an inch-perfect cross, finding the run of Messi, who tapped home with a scuffed finish.

Whilst it wasn’t Messi’s most glamourous goal by any means, it was enough to spark scenes of wild celebration in the ground, as La Bombonera chanted his name and bowed down to him.

Argentina have already secured qualification to the 2022 World Cup in Qatar, and Messi hinted after the game that his international retirement could follow the tournament.

“I don’t know, the truth is I don’t know. I think about that is coming, which is close, Ecuador (on Tuesday). The preparation matches in June and September,” Messi stated when questioned about his future.

“Let’s hope these go the best way possible. But for sure after the World Cup many things will change.”

One of the greatest players of all time, Messi has had a mixed spell in his first season away from Barcelona, scoring just twice in the league but providing 11 assists, and his PSG side collapsed against his old foes Real Madrid in the Champions League.

After initial disaster, Barcelona are now thriving in their post-Messi era, with his old teammate Xavi overseeing good results and even better football on display.

Although he sometimes struggles in Ligue 1, the greats never lose their ability, and his incredible vision to spot the passes and make the run were on show in this goal.