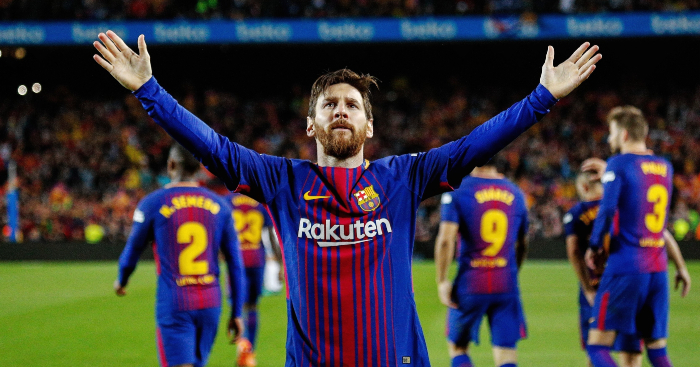 Barcelona’s Lionel Messi ended a run of four La Liga games without a goal by scoring a hat-trick inside the first 40 minutes against Eibar.

The 32-year-old had been on his biggest goal drought for six years before the game, although he had set up six of their last seven league goals.

But Messi returned to his goal-scoring best against Eibar, nutmegging a defender then dinking the ball past the goalkeeper to put Barcelona in front.

The Argentine doubled their lead in the 37th minute by showing blistering pace to burst into the box before coolly slotting the ball into the far corner.

Messi completed his first-half hat-trick three minutes later after capitalising on a mistake from an Eibar defender.

Barcelona debutant Martin Braithwaite set up Messi’s fourth goal of the game in the 87th minute before Arthur made it 5-0.

📺 Sit back and enjoy the highlights from this incredible match at the Camp Nou! 🍿#BarçaEibar pic.twitter.com/aXTTh9yGXl