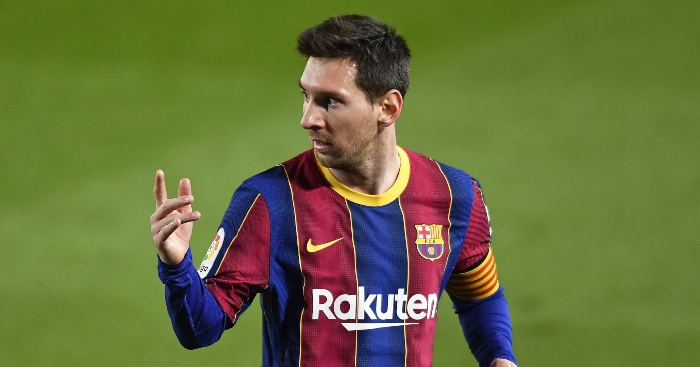 Barcelona‘s Lionel Messi broke yet another record during their 3-0 win over Real Valladolid after linking up with the highly-rated Pedri.

Pedri is widely regarded as one of the best youth products in Spanish football and will be hoping to follow in Messi’s footsteps over the next few years.

“He helps me a lot on the pitch, Messi is giving me a lot of advice and that is brilliant,” the 18-year-old told reporters of his team-mate.

“We have to enjoy him and not get involved in his future, that is up to him, now is only about learning from him.”

Ronald Koeman’s side raced to a 2-0 lead against Valladolid following goals from Clement Lenglet and Martin Braithwaite but Messi and Pedri saved the best for last.

Pedri flicked the ball through to the 33-year-old who took a touch before coolly slotting past the goalkeeper with his left foot to make it 3-0.

Messi now has 644 goals for Barcelona and has become the player with the most goals for a single club, overtaking Pele’s long-standing record.

"Nobody in the history of this wonderful game has ever scored as many goals for the same club as Lionel Messi." 🗣 pic.twitter.com/jXiXB1aQvI