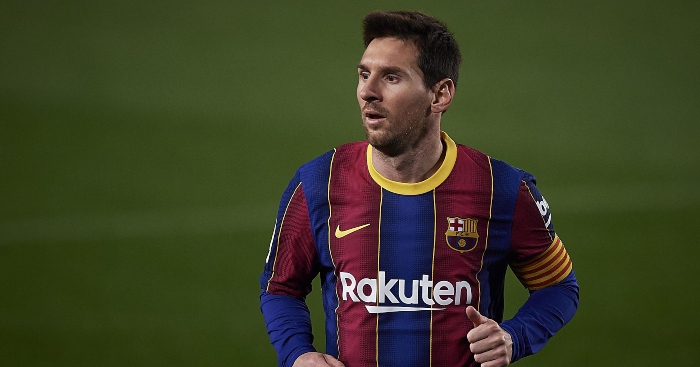 We probably should have got used to Lionel Messi breaking records by now, but the Barcelona star has done it again and we’re as impressed as ever.

Having initially seen his penalty saved, Messi went on to score a header moments later during Barca’s 2-2 draw against Valencia in La Liga.

It was far from the Argentine’s finest goal, as he ended up throwing his head at the ball to bundle it over the line following that initial failed attempt from the spot.

Even so, this is Messi’s 643rd goal for Barcelona, which equals the number Pele notched up at Santos.

What makes this even more impressive is that Messi is far from just a goalscorer, as the number 10’s dribbling and ability to pick out team-mates are just as impressive and potentially even more important for Messi’s overall game.

The goal scored against Valencia isn’t vintage Messi, but it does provide another reason to put his name in the history books.

An eventful end to the first half at Camp Nou! 🔥

Barca are awarded a very controversial penalty, Messi then has his spot kick saved, but manages to head in as the rebound keeps play alive 🔵🔴 pic.twitter.com/cQRLNYiSkm