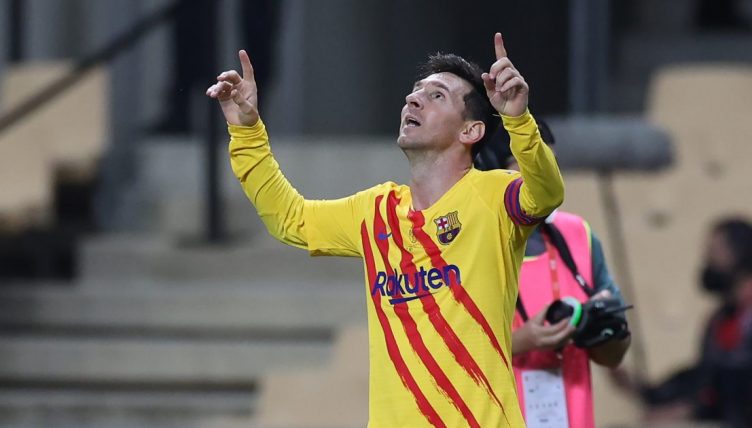 After enduring a trophyless season in 2019-20 and losing the recent Spanish Super Cup final to Bilbao, Barcelona were desperate to win some silverware.

Ronald Koeman’s side were looking to avenge that defeat but couldn’t find a way past Bilbao goalkeeper Unai Simon in the first half.

Antoine Griezmann got the opener on the hour mark before Frenkie de Jong doubled the Catalans’ lead three minutes later.

Messi, who scored an iconic goal against Bilbao in the 2015 final, picked up the ball in his own half in the 67th minute and drove towards their goal. He then played two one-twos with De Jong before finishing brilliantly from inside the box.

The Argentina international struck again four minutes later when he met a low cross from Jordi Alba and fired into the bottom corner.