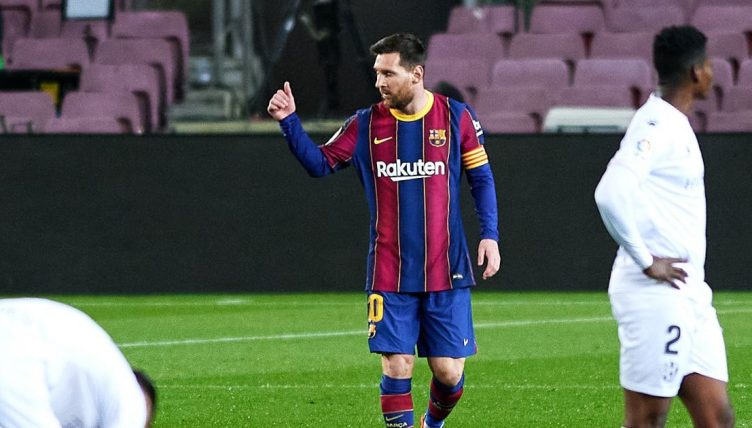 Lionel Messi marked a landmark Barcelona appearance in style by scoring a sensational goal against Huesca.

Messi was making his 767th appearance for the club, drawing level with Xavi Hernandez at the top of Barcelona’s all-time appearance rankings.

‘You could see that Leo would end up surpassing me,” Xavi told Mundo Deportivo.

“If he did not leave Barca it was clear that he would add many more games and he is still young to continue playing, he has a lot of football left, so he can play many more games.

“It had to be Leo. It is fair that the best player in history is the one who has defended the Barca shirt the most times.”

Less than a week after his incredible long-range effort against PSG, the Argentina international created some space for himself on the edge of the Huesca box and fired home off the bar.

He’s now the only player to score 20+ league goals in each of the last 13 seasons.

A MAGICAL finish from Lionel Messi! 🙌

The strike bounces in off the underside of the bar for his 20th league goal of the season, and Barca have an early lead 🔥 pic.twitter.com/H0zyw4ZeAu

Messi's touch before the Goal. pic.twitter.com/9LpWSy7gFs