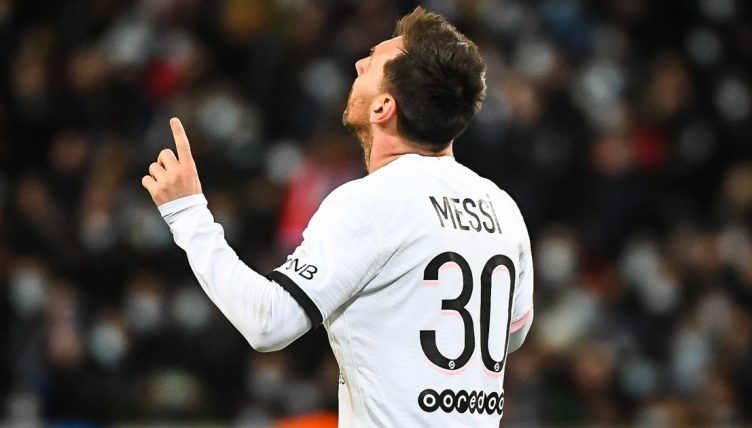 Lionel Messi produced a stunning, deft chip against Lille for PSG as the French giants beat the defending Ligue 1 champions 5-1.

Messi produced a goal and an assist in a brilliant individual display while Mbappe also scored.

The Argentinian’s goal came in the 38th minute with PSG already 2-1 up against Lille.

Mbappe had gone on a mazy run but lost the ball to the Lille defence, yet Messi recovered it individually and burst through the disorganised Lille line.

Within moments he was one on one with Lille goalkeeper Ivo Grbic who went down to block Messi’s shot, only for the Argentine to casually dink it over the ‘keeper with a soft, nonchalant finish.

The ball bounced into the corner to give PSG a 3-1 lead.

In what was expected to be a difficult match for the Parisiens their star-studded side dominated Lille, who are off the pace this campaign in mid-table.

PSG, meanwhile, look certain to reclaim their French crown after Lille took it off them last year, with Messi and co now 13 points ahead of second-placed Marseille.

Messi joined the French side in the summer when his new contract with Barcelona was unable to be signed due to Barcelona’s financial issues and La Liga’s wage cap rules.

He has struggled at times but has begun putting in increasingly impressive performances. He has only scored two Ligue 1 goals but assisted seven times and scored five in five in the Champions League.

The nonchalance of this finish from Lionel Messi… 😅

PSG have their third goal inside the first half against Lille! 💥 pic.twitter.com/eGFdI2T6aB