Watch: Lionel Messi scores yet another outrageous free-kick for Barcelona 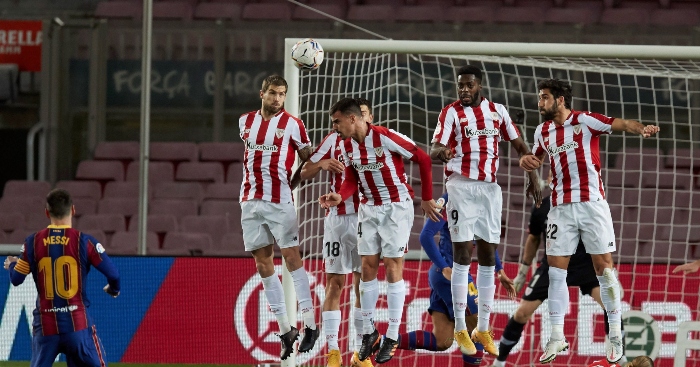 Lionel Messi scored yet another outrageous free-kick for Barcelona during their La Liga match with Athletic Bilbao.

Despite the widespread rumours that Messi will be leaving Barca in the summer, he’s still been delivering on the pitch, registering five goals and one assist in 2021 before today’s match.

The Argentina international would provide then further confirmation of his genius in the 20th minute.

Standing over a free-kick outside the penalty area, Messi curled a brilliant left-footed shot into the top left-hand corner for his 650th Barcelona goal.

Most brilliantly of all, it even managed to evade the despairing leap of defender Yeray Alvarez.

After recently getting sent-off against the same opponents in the Spanish Super Cup final, this moment was sweet revenge for Messi.

MAJESTIC free kick from Lionel Messi for his 650th goal! 😍

Worth every penny, right? 😉🤑 pic.twitter.com/8ck8D1eOyY