Watch: Messi sends Fernando to the shops before scoring for Barcelona 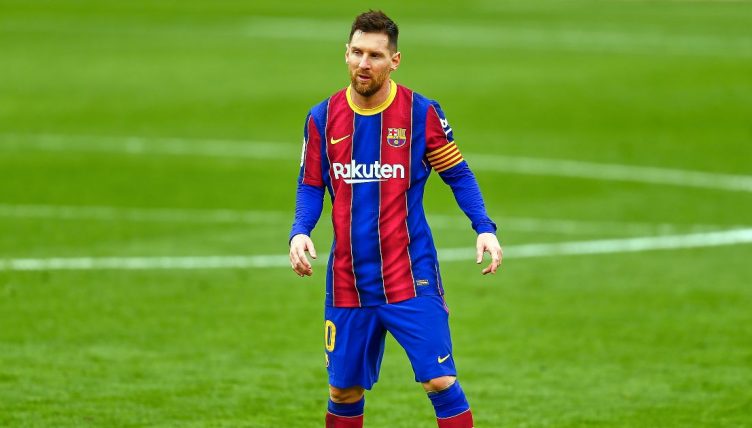 Lionel Messi maintained his exceptional form in 2021 with a goal and an assist during Barcelona‘s 2-0 win over Sevilla.

After losing 2-0 to Sevilla in the Copa del Rey semi-final first leg, Ronald Koeman’s side had revenge on their minds and produced a dominant performance at the Ramon Sanchez-Pizjuan Stadium.

Messi fed Ousmane Dembele to slot home the opener in the first half before getting on the scoresheet himself in the 85th minute.

Having played a quick one-two with Ilaix Moriba, the Argentina international sent Fernando to the shops and saw his initial effort saved by Bono before tapping the ball into an empty net.

That was his 38th goal against Sevilla, six more than he has managed against any other side.

The two sides will meet again on Wednesday in the Copa del Rey semi-final second leg.

It took him two bites at it, but Messi finishes to all but seal the win for Barca! 🔵🔴

After a lengthy run without conceding, Bono was unlucky to concede a second of the day there 😬 pic.twitter.com/1Y5oFg6Uib