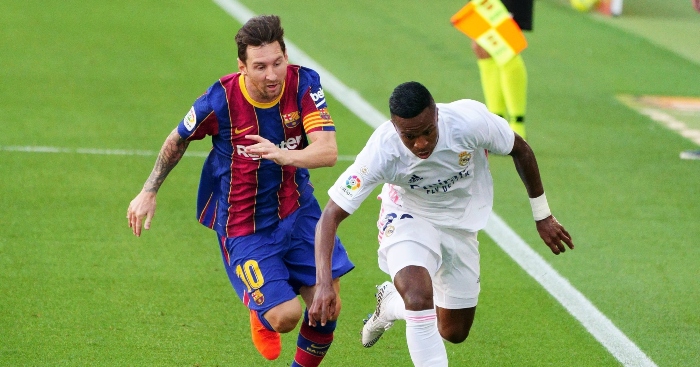 Barcelona‘s Lionel Messi has been a thorn in Real Madrid’s side for over a decade and continues to humiliate their defenders.

Messi made his first appearance against Madrid in 2005 and now has 26 El Clasico goals – more than any other player in this fixture.

The Argentina international looked to add to that tally on Saturday but could only watch on as Federico Valverde gave Zinedine Zidane’s an early lead.

Messi then skipped past Sergio Ramos with a clever faint but Thibaut Courtois denied the 33-year-old with a brilliant save.

Fantastic skill by Messi to create space for the shot, but Thibaut Courtois comes up with a save to match! 😮

Ramos had the last laugh, however, scoring from the penalty spot in the second half before Luka Modric made it 3-1 in the closing stages.