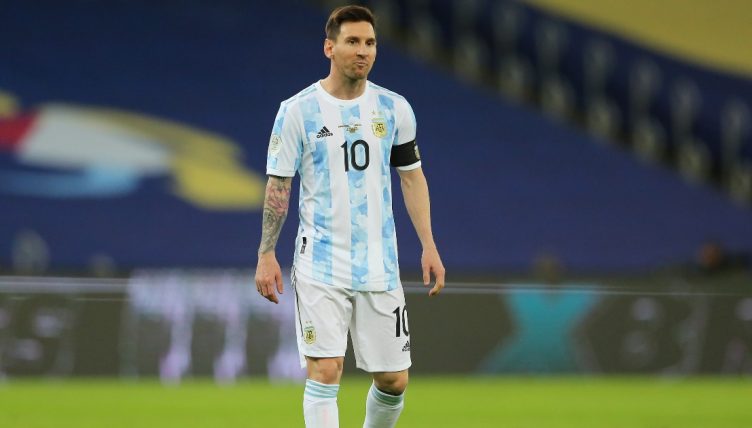 To say it has been a rollercoaster of a summer for Lionel Messi would be an understatement. The high of winning a first international trophy quickly turned to Barcelona heartbreak for the legendary attacker.

After getting his hands on the Copa America with Argentina, and scratching a long-standing career itch, Messi was undoubtedly looking forward to returning to Barcelona and finally sorting his contract situation.

But the La Liga giant’s finances were such a mess that they could not afford the 34-year-old’s wages, even if he were to play for free.

So off to Paris Saint-Germain he went and, on Sunday evening, he made his debut, replacing Neymar just after the hour mark in a 2-0 win away to Reims. All of a sudden, however, he finds himself on international duty again.

Lionel Scaloni’s side face three World Cup qualifiers in September, but Messi showed in training that he is relishing the opportunity to focus entirely on football again.

A shooting drill in training on Thursday showed his abilities had not wained, firing home two stunning strikes in a row before smacking the crossbar.

You can watch the full clip of the master below.