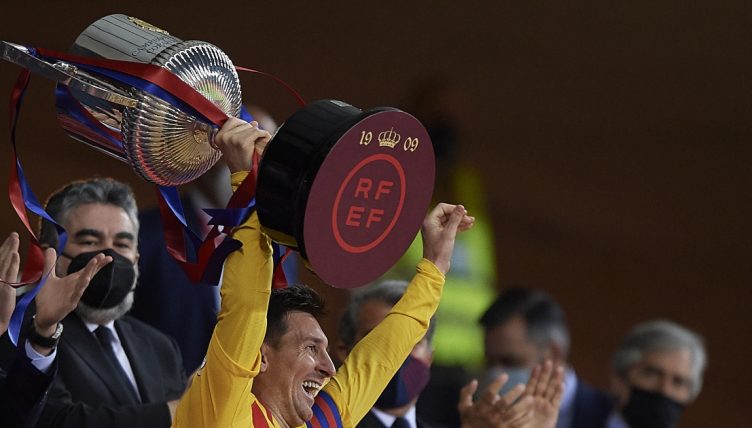 Lionel Messi was Man of the Match during Barcelona‘s Copa del Rey Final victory – and our eyes were drawn to an exquisite through ball.

Messi stole the show during the 4-0 thrashing of Athletic in the showpiece final in Seville, scoring twice – including one world-class effort. The Barcelona players responded by queuing up to have a photo taken with the trophy and the legend.

Messi received possession on the right flank and took advantage of the lack of Bilbao marking.

Drifting dangerously inside, the Argentina international took some touches before threading the ball through the defensive gap and into the path of his team-mate.

The chance failed to be converted, but that shouldn’t detract from the quality of Messi’s pass.

His contract expires at the end of the current season, but Barca fans will be left with the image of the greatest player of his generation lifting one last trophy for the club he’s served with distinction.