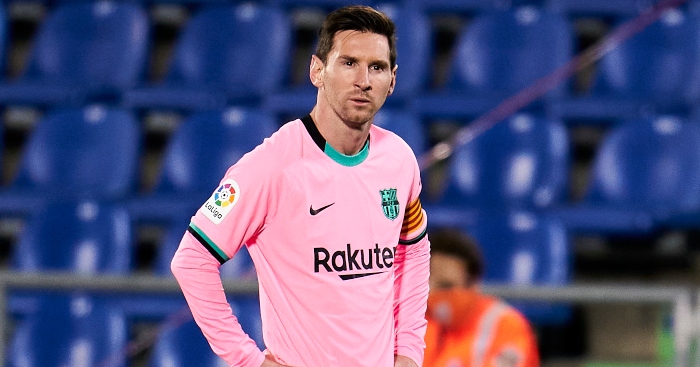 Despite being 33 years old, Barcelona‘s Lionel Messi has shown no signs of slowing down and continues to humiliate defenders.

After handing in a transfer request at the Nou Camp in the summer, Messi eventually decided to stay with the club for another season.

He helped the La Liga side kick off their Champions League campaign against Hungarian outfit Ferencvaros and lit up the game with a moment of magic.

The Argentina international picked up the ball near the halfway line and skipped past three players before winning a penalty.

RIDICULOUS RUN FROM MESSI TO GIVE BARÇA THE PEN AND TAKE THE LEAD 🤯🔥 pic.twitter.com/K58etQyEnB

Messi stepped up and converted a penalty before Ansu Fati doubled their lead in the 41st minute.