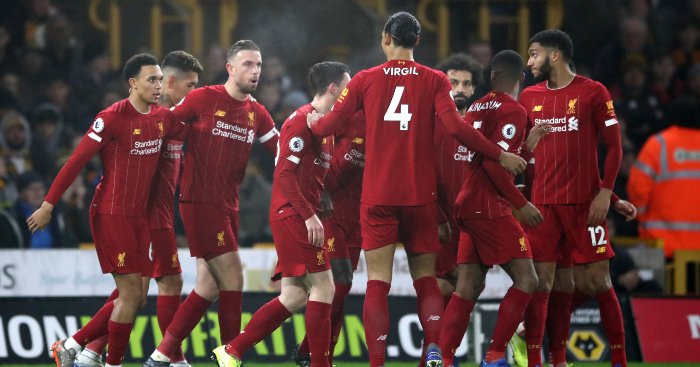 Jurgen Klopp and his Liverpool players may be receiving all the plaudits for their success over the past 12 months, but the club have been aided by an incredible depth of data collected by analysts.

Last month, analyst Tim Waskett appeared on the BBC to lift the lid on some of his work at Liverpool as part of the Royal Institution Christmas Lectures.

Waskett tends to stay under the radar. The astrophysicist gives no clues to his employer on his public social media accounts, describing himself as an ‘indie games developer’ in his Twitter bio.

Yet he has worked for Liverpool since 2012, helping the club develop what is, according to Training Ground Guru, ‘widely regarded as the finest data science unit in English football’.

And Waskett gave a fascinating insight into the forensic level of detail his work goes into, from expected goals to collecting 1.5 million data points per match.