Watch: Liverpool are denied a goal of the season contender by offside call 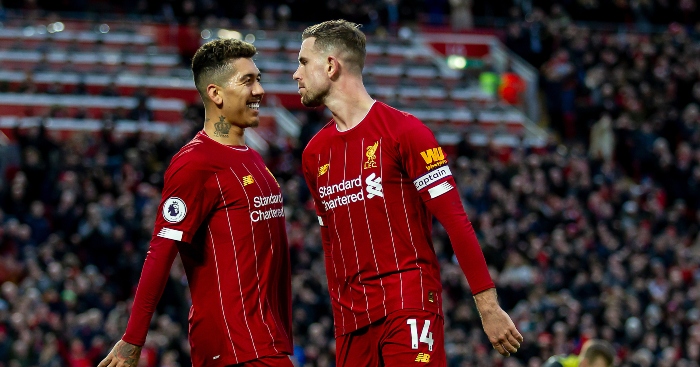 Liverpool were at their scintillating best in the second half against Southampton – and they were inches away from scoring a famous team goal.

Alex Oxlade-Chamberlain opened the scoring against his former club in the 47th minute by cutting inside and drilling a right-footed shot past Alex McCarthy.

The hosts then stepped things up and started playing the ball out from the back with several one-touch passes to escape from Southampton’s press.

Mohamed Salah was then played through on goal, and he thought he had doubled their lead but the winger was denied by the offside flag.

The Egyptian didn’t let that setback get him down him though, as he scored twice in the final stages to seal a 4-0 win for Jurgen Klopp’s side.

Liverpool have now moved 22 points clear at the top of the Premier League table ahead of the remaining fixtures this weekend.