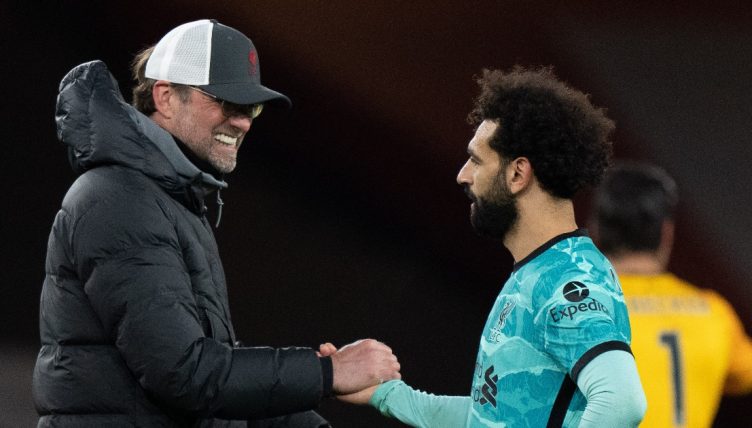 Jurgen Klopp has given Liverpool fans a positive update about the ongoing contract negotiations with Mohamed Salah.

Salah is currently in the form of his life, registering 22 goals and nine assists in 23 games in all competitions this season.

The Egypt international currently has just 18 months left on his current contract but has reaffirmed his commitment to the Merseyside outfit.

“If you ask me, I would love to stay until the last day of my football career, but I can’t say much about that – it’s not in my hands,” Salah told Sky Sports in October. “It depends on what the club want, not on me.

But he is reportedly seeking a salary worth around £400,000 a week and there appears to be an impasse between both camps.

While Liverpool fans may be nervous, Klopp admits that says Liverpool are having “really good conversations” with Mohamed Salah and he is not worried about the pace of negotiations.