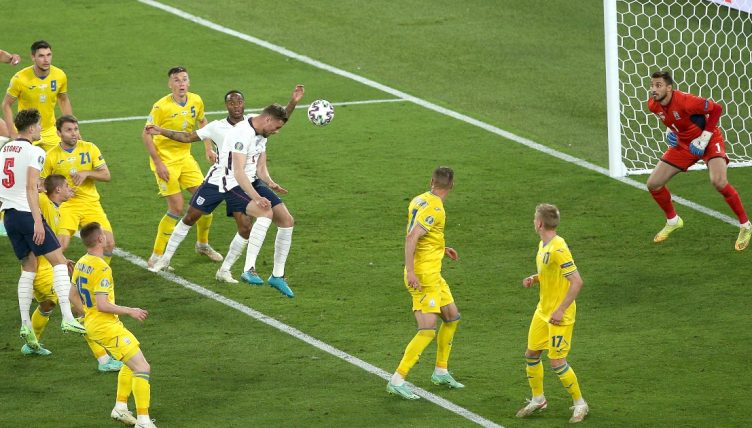 Henderson made his England debut all the way back in 2010 but had failed to score despite travelling to five major tournaments with the national team.

But England made easy work of a tricky looking tie against Ukraine and Henderson clearly decided there’d be no better time to notch his first international strike.

With Gareth Southgate’s side cruising at 3-0 up, Harry Kane’s spectacular 25-yard strike was turned away by Ukraine goalkeeper Heorhiy Bushchan.

Mason Mount curled the resulting corner into the six-yard box and the Liverpool captain was perfectly placed to glance a header across the stranded Bushchan and into the corner of the net.

It was no surprise to see Henderson celebrate with suitable aplomb as the midfielder milked the moment.

England will face Denmark on Wednesday’s semi-final at Wembley with the hype rising to previously uncharted levels.

It's been a tough old season for Jordan Henderson… but what a reward!

His first goal for England!