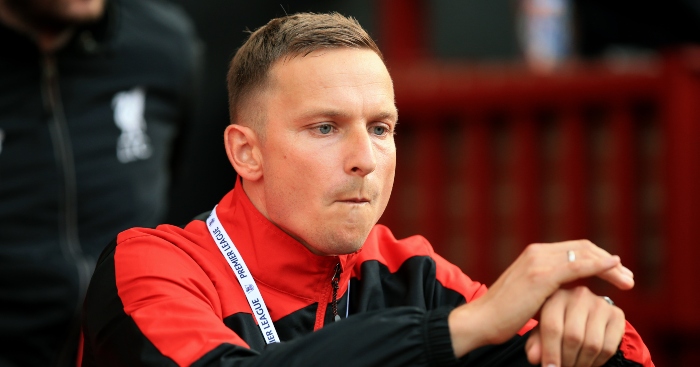 Liverpool have some of the best players in the world in their squad – and it turns out their coaches are pretty good with the ball as well.

The likes of Mohamed Salah and Roberto Firmino are renowned for their excellent flair and technique, and it’s clearly spreading at Anfield.

Pep Lijnders, who re-joined the Liverpool coaching staff in 2018, decided to show off his own skills while the squad were warming up for their game against Norwich.

After Alisson clears the ball out of the box, Lijnders brings it under control with an amazing first touch before balancing the ball on his shoulders.

Not bad for somebody who has never played professional football!