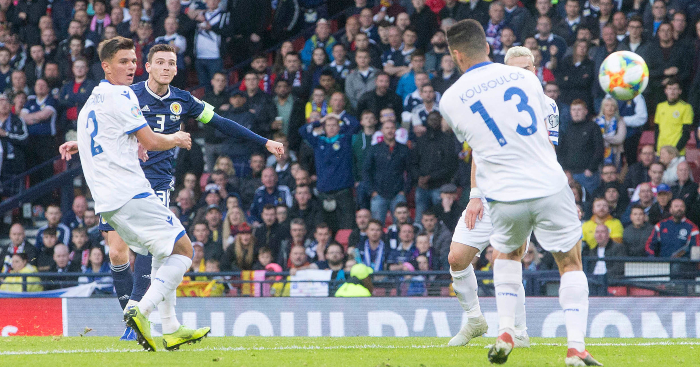 Andy Robertson capped off a week to remember with a stunning goal for Scotland just seven days after winning the Champions League final with Liverpool.

Despite his tireless displays for Liverpool throughout the season, which culminated in victory over Spurs to win the Champions League in Madrid last Saturday, Robertson found the energy to help inspire Scotland to a 2-1 win over Cyprus in Euro 2020 qualifying.

The left-back captained his country in the first match under new manager Steve Clarke and opened the scoring after an hour with a stunning drive from the edge of the box.

Cyprus, however, equalised late on through Ionnis Kousoulos, only for substitute Oliver Burke to put the hosts back in front two minutes later.

But the highlight of the game definitely belonged to Robertson.

Wins the Champions League and does this for his country all in the space of 7 days. What a week!