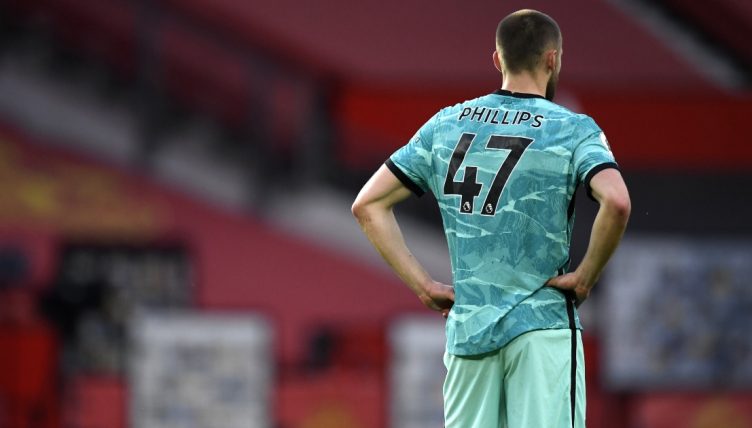 Liverpool defender Nat Phillips made a crucial goalline clearance to preserve their lead against Manchester United.

Jurgen Klopp’s side needed to win at Old Trafford to maintain any realistic hope of qualifying for next season’s Champions League.

And a brace from Roberto Firmino alongside a Diogo Jota strike gave Liverpool a 3-1 lead early in the second half before Marcus Rashford pulled a goal back for United.

Then came Phillips’ time to shine. The defender had already been in the thick of action by deflecting Bruno Fernandes’ shot past his own goalkeeper in the first half.

So when Mason Greenwood tried to stab Fernandes’ effort in at the back post, Phillips was there to clear the ball on the goalline.