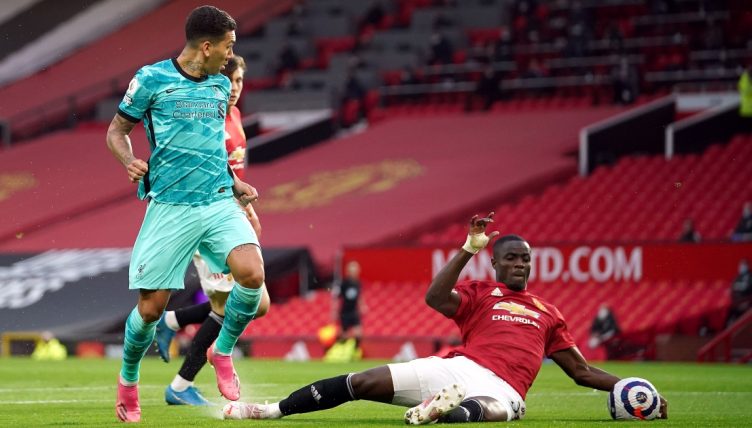 Liverpool were denied an early penalty against Manchester United despite the ball striking Eric Bailly on the arm.

Liverpool travelled to Old Trafford for the rearranged fixture knowing that a win was vital to keep their hopes of Champions League qualification alive.

And they thought they should have been awarded a penalty as early as the second minute.

Roberto Firmino was released in the box and his shot struck Bailly on the arm.

But referee Anthony Taylor decided that, since the ball had ricocheted onto Bailly from another of his body parts, then no penalty should be awarded.

VAR supported the referee’s decision and the protests of the Liverpool players fell on deaf ears.

🗣️ "You are not getting a penalty for that!"