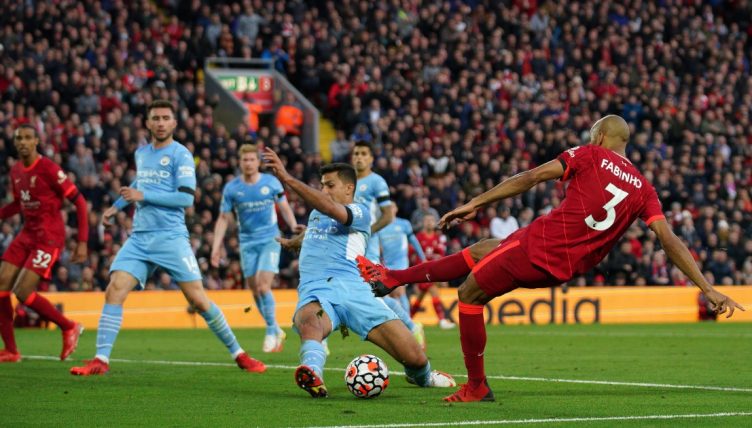 Fabinho was denied a certain goal by a fantastic last-ditch tackle by Rodri as Liverpool and Manchester City played out a thrilling 2-2 draw at Anfield on Sunday.

Two of the Premier League’s title favourites played out an excellent match that featured a wonder goal from Mo Salah and some questionable defending from James Milner.

But one moment that caught our eye was this crucial block from Rodri that surely denied Liverpool victory. Jordan Henderson took a free-kick short to Salah, who whipped a cross into the crowded penalty area.

Misjudging the flight of the ball, City goalkeeper Ederson came out of his goal and missed the ball – giving Fabinho a golden opportunity to win the game for Liverpool.

Taking a touch to steady himself, the Brazil international sidefooted the ball towards the empty net but Rodri appeared from nowhere and stretched to make an outstanding block.