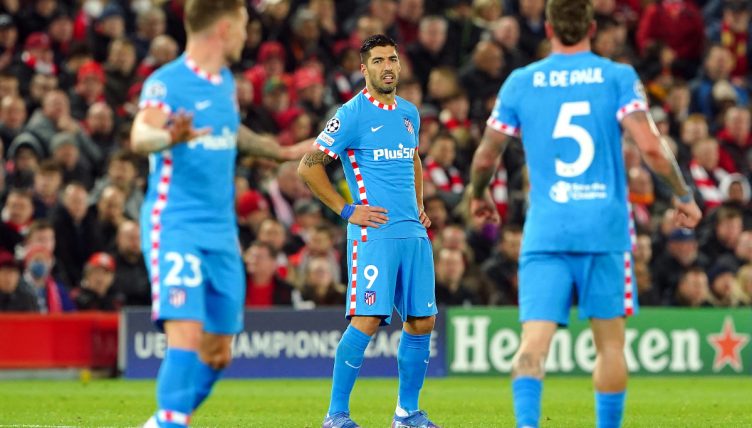 Former Liverpool forward Luis Suarez was booed off the pitch when he returned to Anfield with Atletico Madrid for their Champions League group stage fixture.

Suarez became a club hero at Liverpool after netting for the club 69 times in his three years at the Merseyside club.

That included a remarkable 31 league goals in the 2013-14 season when Liverpool fell just short of the Premier League title.

The Uruguayan then moved to Barcelona where he formed a dangerous partnership with Messi and Neymar, winning the Champions League in his first season in Catalonia. He left for Atletico Madrid last season, firing them to the La Liga title.

It was a disappointing match for Atletico and Suarez; the striker struggled for chances on his return to Anfield and had a deflected goal disallowed when an Atletico player was judged to have been offside.

Unbelievably, he still somehow hasn’t scored an away goal in the Champions League since September 2015.