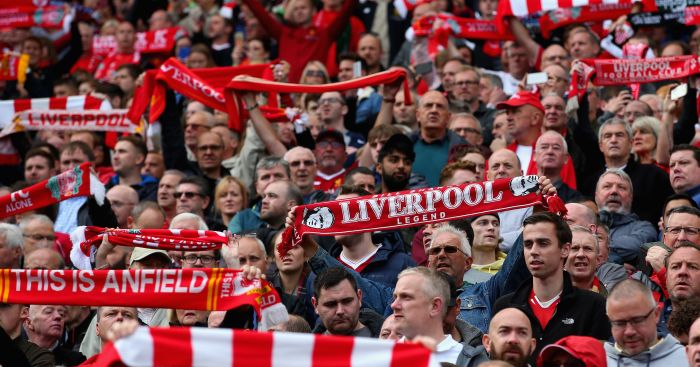 Liverpool fans marked the club’s 125th anniversary ahead of their match at home to Burnley but the players couldn’t break down Sean Dyche’s side on the pitch.

The Reds were formed on June 3, 1892 and they held a celebration match against Hertha BSC in Germany in pre-season to commemorate the club’s first-ever match on September 1, 1892.

And, with a year’s worth of special events planned, the club used today’s home match against fellow Premier League side Burnley to visually mark the occasion.

Fans at Anfield hold aloft cards to mark the 125th anniversary of #LFC ahead of #LIVBUR game pic.twitter.com/hUWPlR0JtH

The match itself, however, was less impressive as Jurgen Klopp’s men struggled to get an all-important second goal as they drew 1-1 with the Clarets.

Burnley opened the scoring when a rare foray forward resulted in Scott Arfield producing a neat finish after Liverpool had failed to clear their lines.

That lead barely lasted three minutes as Mohamed Salah brought down a high ball from Emre Can, took another touch and fired the ball into the net for the equaliser.

The Clarets had Nick Pope to thank for the scores remaining level with the goalkeeper pulling off save after save to keep his side in it. Liverpool had 35 attempts on goal…