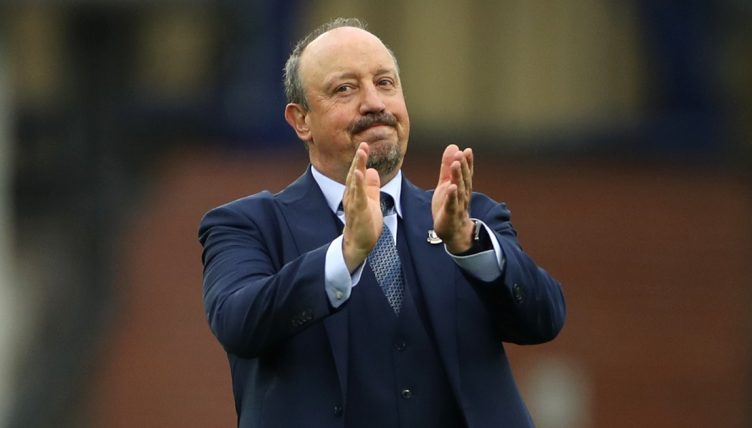 Liverpool fans didn’t waste the opportunity to rub salt into the wounds of rivals Everton following the sacking of Rafa Benitez.

Benitez spent six years in charge of Liverpool between 2004 and 2010, famously winning the Champions League and the FA Cup.

Despite his links with the Reds, the Spaniard was surprisingly appointed as Carlo Ancelotti’s successor at Goodison Park in 2021.

But his appointment wasn’t well-received by the majority of Everton fans and Benitez managed to win just 10 of his 22 games in charge.

After a 2-1 loss to Norwich City left them 16th in the Premier League table, Everton announced that they had sacked the 61-year-old.

“We knew it wouldn’t be easy, and that it was a big challenge, both emotionally and in terms of sport,” Benitez wrote in a statement.

“My love for this city, for Merseyside and its people, made me accept this challenge, but it is only when you are inside that you realise the magnitude of the task.

“From the very first day, my staff and myself worked as we always do, with commitment and full dedication, we didn’t only have to get results, but we also had to win over people’s hearts.

“However, the financial situation and then the injuries that followed made things even harder. I am convinced that we would have been better once the injured players were back and with the arrival of the new signings.”

During Liverpool’s 3-0 win against Brentford, news of Benitez’s sacking filtered through the crowd at Anfield.

The fans responded by singing chants about Benitez, who has seemingly cemented his Liverpool legacy by overseeing the demise of their city rivals.

Liverpool fans singing Rafa Benitez's name after news of his sacking by Everton was announced pic.twitter.com/7EkmRIJGll

The Kop sings Rafa Benitez's name just before the start of the second half at Anfield #LFC 🔴 pic.twitter.com/Z39lDK7c5g

The Kop belts out Rafa Benitez's name after finding out he's been sacked as Everton boss. https://t.co/X37iWt3UeY pic.twitter.com/RDgdJYIIR6