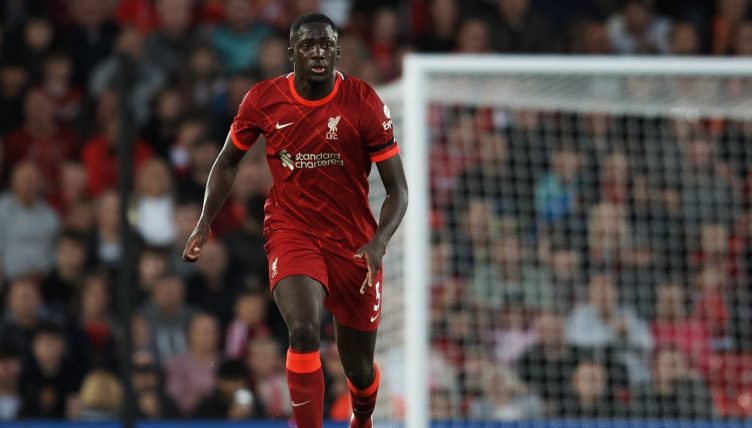 Trent Alexander-Arnold scored a beautiful long-range effort during Liverpool’s 3-1 win over Newcastle United on Thursday night – and the disbelieving reaction of team-mate Ibrahima Konate matched that of the Liverpool supporters inside Anfield.

Liverpool went into the game knowing that victory would close the gap on leaders Manchester City to a single point but fell behind early to a Jonjo Shelvey strike.

But Jurgen Klopp’s side responded well and went into half-time ahead thanks to goals from Diogo Jota and Mohamed Salah.

Despite some dangerous counter-attacks from Newcastle, Liverpool held out and secured victory through Alexander-Arnold’s piledriver. Picking the ball up 25 yards from goal, the England international spanked a shot past Martin Dubravka to seal the three points

As the ball hit back the net, Konate simply put his hands to his head as if not quite believing what he’d seen. We don’t blame you, Ibrahima.

Konate was filling in for Virgil van Dijk, who was a late withdrawal from the game, and effectively shut down Newcastle dangerman Allan Saint-Maximin.

And the whole Liverpool team recieved praise from Klopp after the game.

“It is pretty similar to the last game of Eddie Howe here with Bournemouth – similar set-up, tactics, we go 1-0 down again, we used that game more than Newcastle games,” he told Match of the Day.

“You have to react, I am really pleased but I expect it as well, it is not that we celebrate we came back.

“We used that time with hard work, not only brilliant football, some good football, very dominant, it is not so easy to play against such a deep block.

“We have already a few games in our legs, I love how the boys dug in really deep and got a very deserved result.”