Watch: Alisson sent off twice for Brazil only to be rescued by VAR 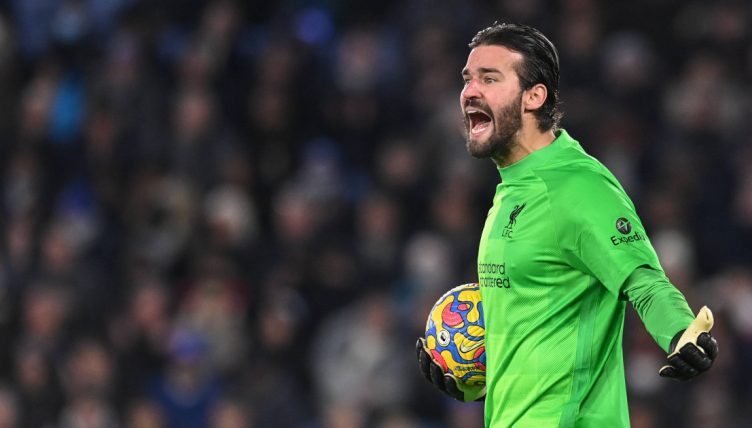 It’s not often that a player is sent off twice in one match, but that is exactly what happened to Liverpool’s Alisson in Brazil’s World Cup qualifier against Ecuador.

The match ended 1-1 with both teams reduced to 10 men, while Alisson found himself lucky not to be the third casualty of the match.

The referee first gave Liverpool’s number one his marching orders in the 30th minute for a high kick.

Alisson had come out to meet the ball, kicking it away under pressure from an Ecuadorian attack.

But after his boot hit the ball, Alisson’s boot came back down and collided with an Ecuador player who had not been there when he had kicked the ball out.

Brazil’s ‘keeper was shown a straight red, but he was reprieved when VAR encouraged the match official to go to the monitor and review his decision.

On second viewing he concluded it was not a red-card offence, rescinding the original decision and awarding the goalkeeper with a yellow card to recognise the collision was accidental.

The second red came in injury-time when Alisson thought he had given away a penalty that could have won the game for Ecuador.

A ball rebounded off the Brazilian defence and flew high in the air in the 91st minute. Alisson came to collect it, but was put under pressure and hesitated for just a moment.

He opted to meet the ball with a flying punch, but his fist went through the ball and hit an Ecuador player who collapsed to the ground.

The penalty was given, and Alisson was shown a second yellow and, incredibly, a second red card as a result.

VAR saves Alisson from being this game's third red card! ❌

It's downgraded to a yellow card by the referee, the Liverpool keeper stays on, and it's still 10 v 10 🟨

What a half so far! 🔥 pic.twitter.com/dpDkK3eZKg

…but VAR ultimately intervenes and saves him for a second time in the game! 😅

What a dramatic end to this game 😵 pic.twitter.com/SOtmWOCBXT