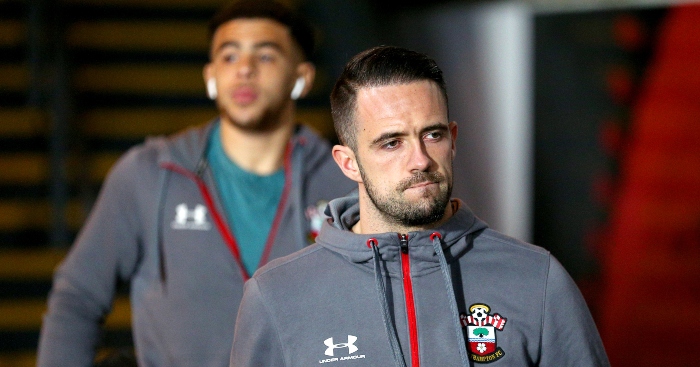 Liverpool cruised to a comfortable 4-0 win over Southampton – and the Reds were able to show their class after the full-time whistle.

Danny Ings spent three years at Liverpool but the striker scored just four goals in 25 appearances before returning to boyhood club Southampton in the summer.

The 27-year-old has been in brilliant form for the Saints, scoring 14 league goals this season, although the forward had a difficult afternoon at Anfield.

Alex Oxlade-Chamberlain scored the opener just after half time by drilling the ball low into the bottom corner before Jordan Henderson doubled their lead after being set up by Roberto Firmino.

A late double from Mohamed Salah sealed the three points for Liverpool and they are now 22 points ahead of second-placed Manchester City.

At the end of the game, Ings went to see his former teammates and received a warm reception from Salah and Firmino before getting a hug from Jurgen Klopp.