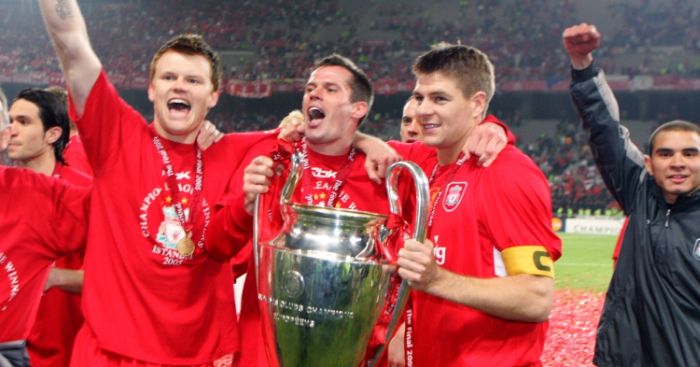 Joining Andy Gray and Richard Keys in the BeIn studio ahead of the 2-2 draw against West Brom, Riise was asked about the famous match in Istanbul, with Liverpool facing Roma in the Champions League semi-final on Tuesday.

Riise’s cross was headed in by Steven Gerrard for Rafa Benitez’s men for the first goal as the Reds came from three goals down to defeat Milan on penalties.

“We needed to score three goals in 45 minutes against the best team in the world, which should be impossible,” Riise said.

“We went in at half-time with our heads down and we’re thinking we just want to go home now.

“But we got the first goal and you saw the Milan players go a little bit quiet. We scored to make it 3-2 about two minutes after, you can see they are nervous and are stressing.”

Watch the full insightful interview below.