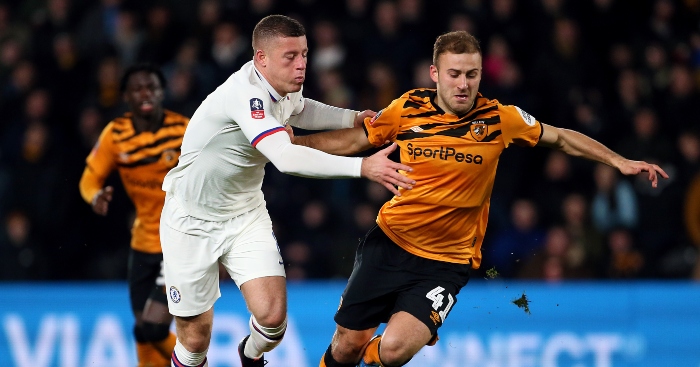 Liverpool have some amazing set piece specialists and Herbie Kane showcased his dead ball credentials with a brilliant goal for Hull City.

Kane joined the Championship side on a temporary deal in January and made his sixth league appearance of the season against Birmingham City.

The 21-year-old stepped up to take a free-kick from the edge of the box and everybody assumed that he would try to curl the ball into the top corner.

But Kane embarrassed the defenders by rolling the ball under the wall and into the bottom corner to give Hull a 3-2 lead in the 67th minute.

It looked like the on-loan midfielder had won it for Hull, but Gary Gardner’s close-range header earned Blues a draw with a late equaliser.