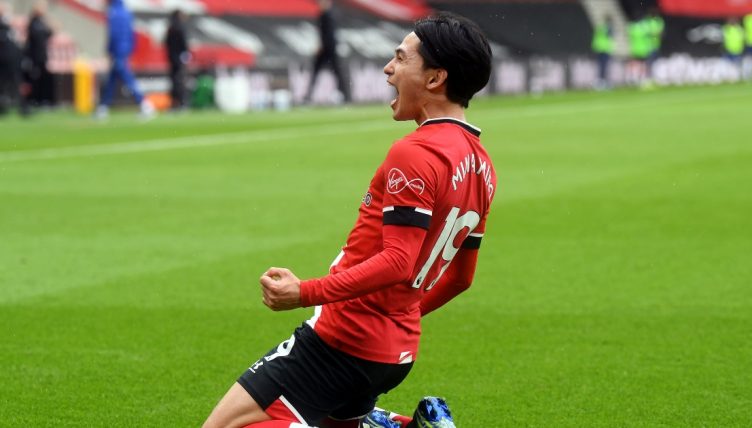 Takumi Minamino is evidently not a major part of Jurgen Klopp’s plans at Liverpool, but he’s still doing his parent club a favour by scoring for Southampton against their top-four rivals Chelsea.

The Japan international scored his second goal in three appearances for Saints after arriving on loan in the January transfer window, with an excellent run and finish.

After Nathan Redmond spotted a gap in Chelsea’s backline, Minamino was played in for a one-on-one with Chelsea keeper Edouard Mendy.

By the time he got his shot away, Cesar Azpilicueta had got back across to cover, but the Liverpool loanee executed a couple of brilliant dummies to have both the goalkeeper and defender to commit, going to ground, and allowing him to coolly slot home.

Southampton went into half-time with a 1-0 lead. If they can hold on, Liverpool will have the chance to leapfrog Thomas Tuchel’s Blues and move back into the top four if they can take three points in the Merseyside derby later.

Despite all the Chelsea possession, Southampton take the lead at St Mary's! 😇 pic.twitter.com/0ms95CCTpj