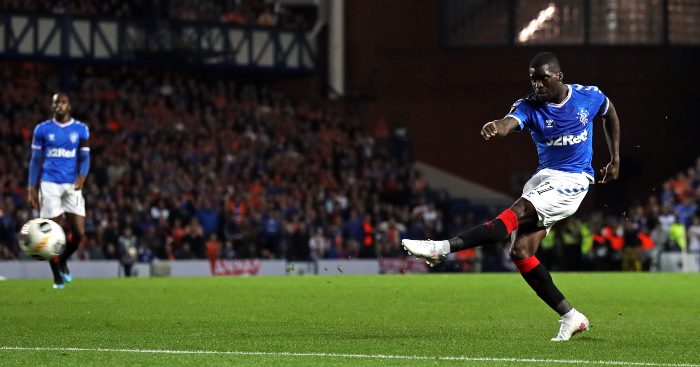 Liverpool loanee Sheyi Ojo caught the eye for Rangers on Thursday night with a stunning winner as Steven Gerrard’s side beat Feyenoord 1-0 in the Europa League.

Drawn in a tough group which also features Porto and Young Boys, Rangers needed to get off to a good start on an emotional night at Ibrox following the sad death of former captain Fernando Ricksen at the age of just 43 earlier this week.

“Everyone was looking for a performance for Fernando’s young family to be proud of,” Gerrard said, and his side delivered with a win that could have been by a bigger margin, with James Tavernier also missing a penalty.

But Ojo’s goal proved the difference – and it was a strike his boss would no doubt have been proud of as a player himself.

🚀 What a hit from @sheyi_ojo.pic.twitter.com/BNNw4HCOOk