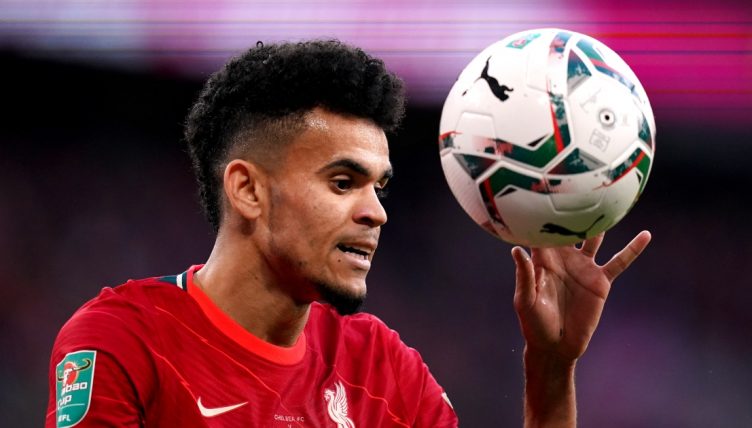 Luis Diaz showed West Ham United fans what they could’ve had during Liverpool’s 1-0 win over the Hammers at Anfield.

Diaz was in sensational form during the first half of the 2021-22 season, scoring 16 goals in 28 appearances in all competitions for Porto.

The Colombia international ultimately joined Liverpool in a £50million deal in January but had previously talks with West Ham boss David Moyes.

“It’s true,” Moyes said when asked if they nearly signed the winger. “I spoke with Luis Diaz on the phone and we were quite far down the line to sign him from Porto.

“My understanding is Liverpool were going to come in for him in the summer, and I was going to try and get him in January.

“I don’t know if us trying to get him in January affected Liverpool’s decision but he’s a really good player.”

Diaz has enjoyed an impressive start to his Liverpool career, scoring against Norwich City and producing a brilliant performance against Chelsea in the League Cup final.

The 25-year-old was named in the starting XI against West Ham and watched on as Sadio Mane scored for Liverpool in the 27th minute.

Diaz then showcased his skills moments later, picking up the ball in his own half before embarking on a brilliant solo run. He skipped past Craig Dawson and was then brought down by Kurt Zouma on the edge of the area.

“He’s hit the ground running,” Liverpool captain Jordan Henderson told BBC Match of the Day after the game. “He’s been fantastic. He was immense in the [Carabao Cup] final and again today brilliant.

“He’s fit straight in, pressing and winning the ball high up the pitch.”